The Kahele Foundation has created an innovative sound therapy system called Pure Sound Therapy™ (PST) The multi-sensory tones of the music stimulate higher harmonics, the sound patterns retrains the brain to balance both hemispheres of the brain, forcing them to work in harmony and promotes a state of active relaxation that reduces repetitive behaviors, seizures, sleep disturbances, and emotional outbursts. 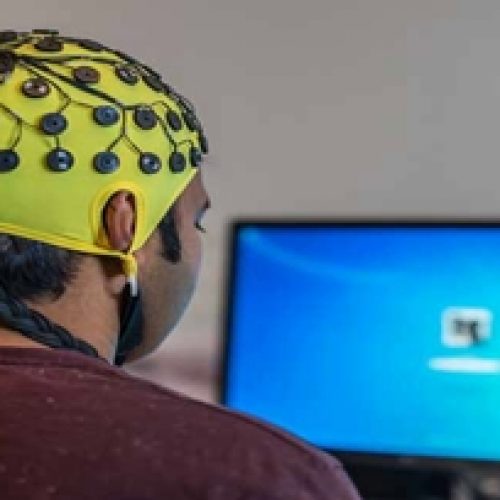 Because of the harmful effects and their use in diagnosis and treatment, electromagnetic waves are widely studied. The physiological effects of sound therapy, however, have been grossly ignored by the research community. As you may surmise, our bodies are unrelentingly exposed to sound (Capella, Lestard, Valente & Lopes, 2013).

It seems that researchers know a great deal how you can experience emotional effects of music. Simply put, you can convert sound into emotions with the help of mechanosensory hair cells inside the ear. Upon interacting with sound waves, these hair cells alter the sound into mechanical vibrations. These vibrations set processes in motion that transform vibration into neural impulses. Subsequently, the neural signals are then interpreted by the brain.

So, what started as a sound wave can ultimately evoke an emotional response through the conversion of mechanical energy to chemical and electrical signals (Capella et al., 2013).

In contrast, newer research seems to show that these hair cells can sense the sound wave induced differences in fluid pressure. If that is the case, many other cells in your body, who do not have hair cells, may be susceptible to fluid pressure changes (Capella et al., 2013).

This is an important detail. This feature allows us to speculate that any cell is capable of acting to sound or music (Capella et al., 2013).

Music and the brain

Like any sound, music arrives at the ear in the form of sound waves. The external ear collects sound waves, and the ear canal funnels them to the eardrum. As the waves strike the eardrum, they cause it to vibrate. The vibrations are relayed along the chain of tiny bones in the middle ear until they reach the third bone, the stapes, which connects to the cochlea.

The cochlea is a busy little world of its own. It is filled with fluid that surrounds some 10,000 to 15,000 tiny hair cells, or cilia. Vibrations of the stapes send fluid waves through the spiral-shaped cochlea. The fluid waves produce swaying movements of the hair cells. In turn, these cells release chemical neurotransmitters that activate the auditory nerve, sending miniature electric currents to the auditory cortex in the temporal lobe of the brain.

From there, things get even more complicated. Studies using MRI and positron emission tomography (PET) scans suggest that nerve networks in different parts of the brain bear primary responsibility for decoding and interpreting various properties of music. For example, a small area in the right temporal lobe is essential to perceive pitch, which forms the basis of melody (patterns of pitch over time), chords (several pitches that sound at the same time), and harmony (two or more melodies at the same time). Another nearby center is responsible for decoding timbre, the quality that allows the brain to distinguish between different instruments that are playing the same note. A different part of the brain, the cerebellum, processes rhythm, and the frontal lobes interpret the emotional content of music. And music that’s powerful enough to be “spine-tingling” can light up the brain’s “reward center,” much like pleasurable stimuli ranging from alcohol to chocolate.

Although every healthy human brain can perform all the complex tasks needed to perceive music, musicians’ brains are, so to speak, more finely attuned to these tasks. At the other end of the spectrum, patients with brain damage may display remarkable defects in musicality; the noted neurologist and writer Dr. Oliver Sacks discusses many fascinating varieties of amusia in his book Musicophilia.

Since 2006, two UCF professors — neuroscientist Kiminobu Sugaya and world-renowned violinist Ayako Yonetani — have been teaching one of the most popular courses in The Burnett Honors College. “Music and the Brain” explores how music impacts brain function and human behavior, including by reducing stress, pain and symptoms of depression as well as improving cognitive and motor skills, spatial-temporal learning and neurogenesis, which is the brain’s ability to produce neurons. Sugaya and Yonetani teach how people with neurodegenerative diseases such as Alzheimer’s and Parkinson’s also respond positively to music.

“Usually in the late stages, Alzheimer’s patients are unresponsive,” Sugaya says. “But once you put in the headphones that play [their favorite] music, their eyes light up. They start moving and sometimes singing. The effect lasts maybe 10 minutes or so even after you turn off the music.”

This can be seen on an MRI, where “lots of different parts of the brain light up,” he says. We sat down with the professors, who are also husband and wife, and asked them to explain which parts of the brain are activated by music.

The Kahele Foundation is an  ongoing global, scientific research in the development of music, continues to show huge impact in the areas of children with autism, people with neurosensory disorders, traumatic brain injury and seizures. Helping  people who suffer from all forms of PTSD.